Detection of Pathogens in clinical samples via MALDI-TOF MS Technology – Benefits vs Challenges.

One of the most commonly used methods for microbial identification is 18S and 16S ribosomal RNA sequencing. Currently a new technology, MALDI-TOF MS (matrix-assisted laser desorption ionization-time of flight mass spectrophotometry) has emerged as a potential technique for the diagnosis of microbes in clinical specimens. This technique is very rapid, has high specificity and sensitivity as compared to other conventional methods of pathogen identification. Microbiologists have used this technique not only for diagnostic purposes but also in epidemiological studies, strain identification and typing, detection of toxins, identification of biological warfare agents, water, and foodborne pathogen, detection of antimicrobial resistance, and identification of urinary tract and blood pathogen.

The specimen is mixed with a matrix substance and placed onto the surface of the MALDI target plate. The matrix is allowed to dry to crystallize the sample along with it. The plate is then loaded into the machine where each sample is bombarded with short laser beams. The sample becomes vaporized due to laser energy which generates ionized protein (ribosomal) particles. An electromagnetic field accelerates these particles prior to their entrance into the vacuum-generated flight tube. The time taken by each ionized particle to reach the end of the flight tube is measured precisely which produces a unique peptide mass fingerprint (PMF) for each analyte in the specimen. The PMF is compared with information available in the databases to make a conclusion about pathogen detection (Figure 1).

The sample preparation before its analysis via MALDI-TOF depends upon its chemical composition and sources from which it was obtained.  Different sample preparation methods have been evaluated by the scientists. Some pathogens can be identified directly from the specimen, also called direct cell profiling, while some pathogens need to be purified and their crude cell extracts are prepared.

The specimens for bacterial detection are first grown on an appropriate selective media. The colonies are subjected to protein extraction via either chloroform extraction, trifluoroacetic acid extraction, or acetonitrile extraction method. The extracted proteins are analyzed with MALDI-TOF MS for bacterial identification. The bacterial culture should be as fresh as possible because ribosomal protein degradation occurs in older cultures which may lead to inefficient species identification.

Blood pathogens can be detected with MALDI-TOF MS faster if first remove the host body proteins which interfere with the detection of pathogens. Removal of host body proetins is crutial as it removes the background noise and makes the MALDI TOF MS analysis more efficient, otherwise it may end up with false positive results. The Devin Fractionation filter is a good solution in this way as it is able to remove most of host contamination (> 95%) in just 5 minutes and has a very high microbial passing efficiency (>99%). So it can be easily integrated in most routinely used methods of sample preparation in all of in-house methods.

Urine analysis for the detection of pathogens can be performed by MALDI-TOF MS. It is quite challenging to analyze a sample directly because samples contain host normal flora and proteins which can hinder the mass spectrum of the pathogen. However, urine is a unique sample amongst all as it does not contain host proteins and normal microflora. Further, urinary tract infection is often monomicrobial and represents a higher concentration of the microbes during the infection.  A fast centrifugation step will pallet down all the bacteria in the sample, which is washed with distilled water to remove any residues. The pallet of the bacteria is applied onto the surface of the metallic MALDI plate. 91.8% species-level identification can be carried out with urine samples.

MALDI-TOF MS technique has also been used by microbiologists to detect viral pathogens in clinical specimens. The gold standard method for viral detection is cell culturing which requires a very sophisticated setup and takes a lot of time. The applications of MALDI-TOF MS technology in clinical virology are less as compared to mycology and bacteriology, which is because of the fact that viruses have low protein content. However, the applied aspect of MALDI-TOD MS has been proved by virologists. The human enteroviruses, influenza virus, herpes virus, human papillomavirus, and hepatitis virus have been detected via this technique. For this, viral genetic material should be first extracted; for efficient DNA extraction Devinâ Microbial DNA enrichment kit offers optimized sample preparation and enrichment within 1.5 hours! After amplification, the amplicons are analyzed with MALDI-TOF MS. Recently, modifications have made it possible to detect multiple viral pathogens simultaneously from the specimens with the help of the multiplex MALDI screening method.

Limitations and challenges of MALDI-TOF MS

Efficient clinical diagnosis required fast pathogen detection. With the help of MALDI-TOF MS pathogen can be identified up to species level within 30 minutes from the colony and the results can be consulted with the physician to propose appropriate treatment.

The invention of MALDI-TOF MS has made it possible to replace the conventional methods of pathogen detection and disease diagnosis. However minor discrepancies have been observed in the results of molecular, biochemical, serological, and MALDI-TOF oriented results. The MALDI analysis is based upon the spectrum of ribosomal proteins, so the microbes which do not differ much in their ribosomal protein structure and sequences like E. coli, S. pneumoniae, and Shigella species, are difficult to distinguish. That is why the need for molecular methods and biochemical methods remains for pathogen detection. The high through put technique next generation sequencing (NGS), aligned with bioinformatics is an advanced and powerful technique for pathogen detection and identification. On the other hand, MALDI-TOF MS is time-saving and does not depend on metabolic reactions. Further, contrary to conventional methods, all types of gram-positive and gram-negative bacterial can be detected with a single MALDI-TOF MS system and no prior pre-differentiation is required for species-level identification.

An important challenge for this technique is the development of PMF databased, with which the sample’s data is compared and analyzed. The detection of new strains and isolated is only possible when the PMF of the new strain is already present in the database. It is crucial to improve the quality of the database and introduce quality controls for more accurate pathogen detection. Appropriate calibration and maintenance of the device are also required to produce quality results. 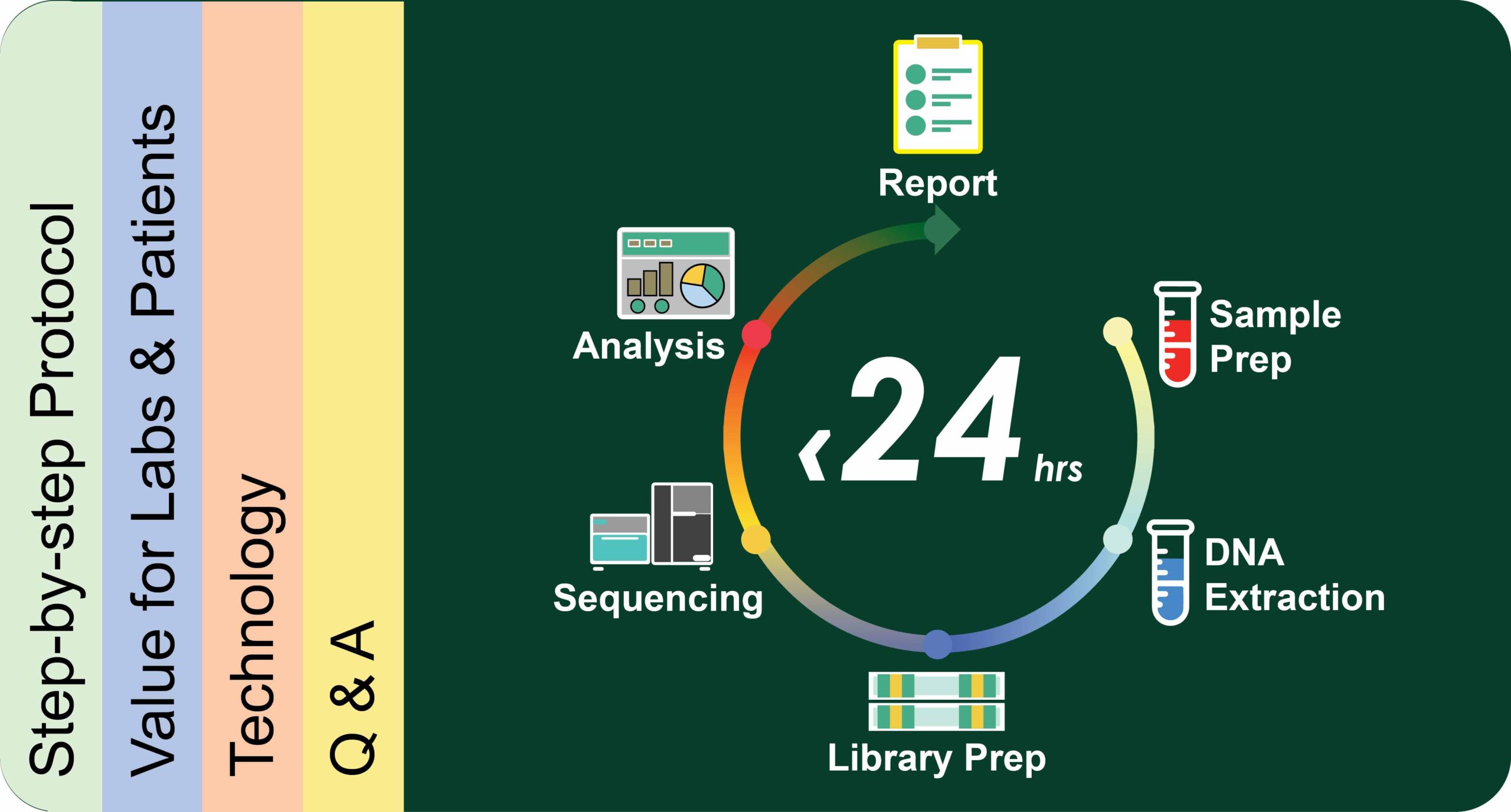